This is it, this is Neymar’s first official signature PUMA football boot since he signed a record-breaking deal with the brand. What we’re looking at here is the limited edition King Platinum x Neymar with the main man’s new logo bringing the exclusive vibes.

Neymar in a black and white PUMA King. Perhaps the most disruptive and unpredictable way to welcome potentially the biggest signing to the brand this century. Putting football’s most skilfull and flamboyant performer in one of the game’s most old-school yet distinguished silos is a move that beautifully merges together generations of football. He’s already worn it, and now it’s hitting shelves in limited numbers.

The King Platinum is given a subtle but classy signature twist by using Neymar’s NJR logo to complete the famous PUMA Formstripe logo on the outstep of the boot. On the instep of the boot is Neymar’s full logo which PUMA have created for him, and it’s this icon that takes its place on the rest of the accompanying clothing collection launched for the PSG frontman. 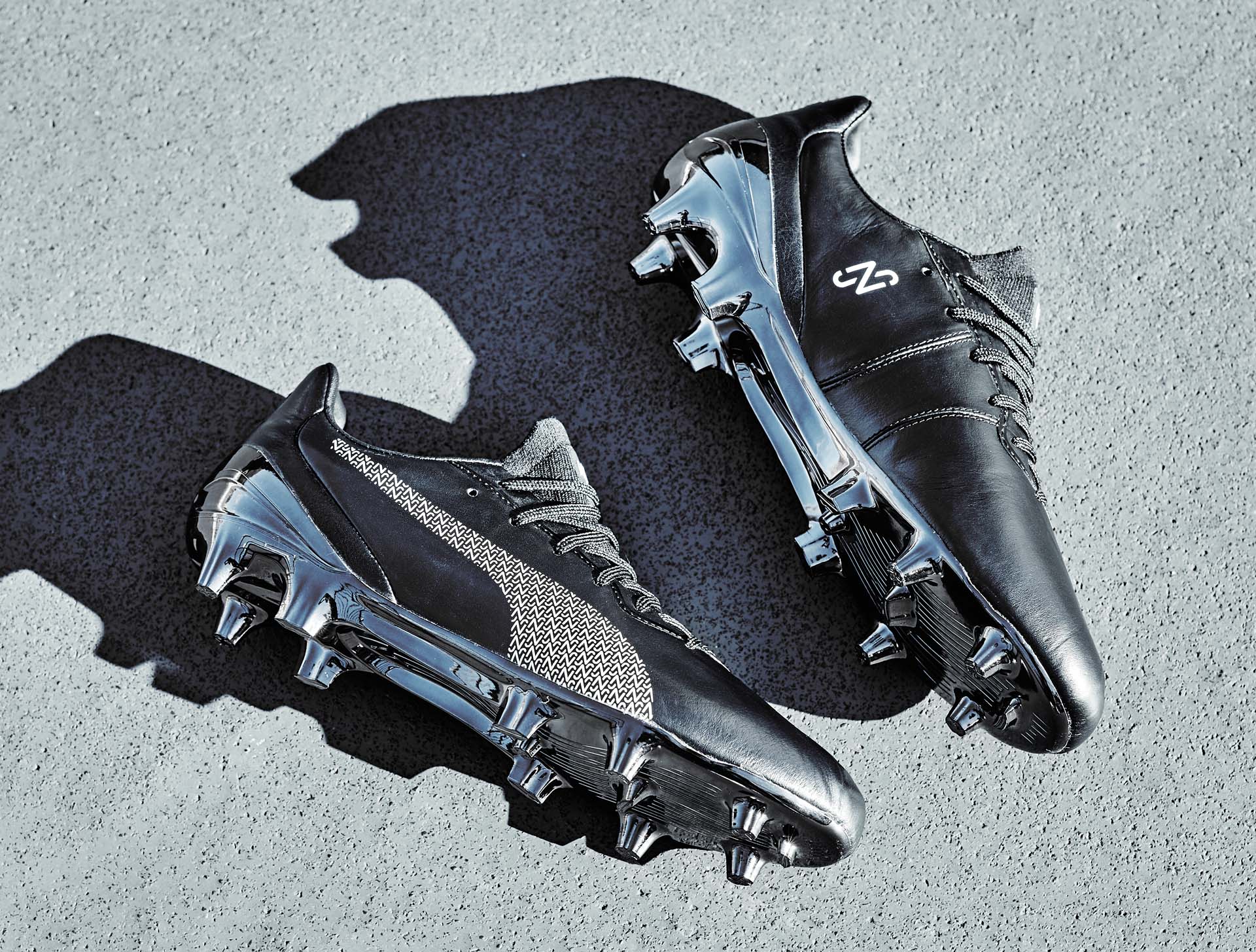 A shimmering soleplate rounds off the simplistic look for PUMA’s new star asset and while the King was the perfect boot for Neymar to switch into to begin this new legacy and educate a pre-King generation about the history of the brand, PUMA are sure to have bigger innovative plans moving into 2021 with the Brazilian.

One of the fastest car brands ever meets the fastest football boot. Introducing the limited-edition Mercedes-AMG Petronas F1 ULTRA 1.4 football boot in the classic Diamond Silver and Spectra Green team colorway. The super-fast new boot comes in only 1000 pairs and is inspired by the iconic team that won eight Formula One Constructors titles and nine Drivers’ titles. Speed is in PUMA’s DNA. It can be the difference between […]

PUMA has launched the animalistic FUTURE 1.3 Instinct edition, packed full of innovation and technology. The next generation FUTURE has evolved from its predecessor with a unique new look inspired by the game’s ultimate entertainer – Neymar Jr. The FUTURE is engineered for ultimate agility. The new technologically advanced boot will activate your football instincts to let you prey on the opposition with all the confidence of a […]